My youngest son was part of the junior band at his high school. They held their concert last week and I elected to take my 70-300mm telephoto lens. It is not all that fast at F4 – F5.6 but with VR and the low-light sensitivity of the Nikon D3s, I was confident that I could get some nice shots.

Well, the hall was barely lit. Mostly dark with no platform lighting at all save for a couple of low-powered floods. And Matthew was buried behind the players and equipment. No real clear line of sight. Shooting conditions? Less than ideal.

Yet the camera did a terrific job capturing the lowlight scene. This shot, for example, was a close-up of the vocalists lit only by candlelight. 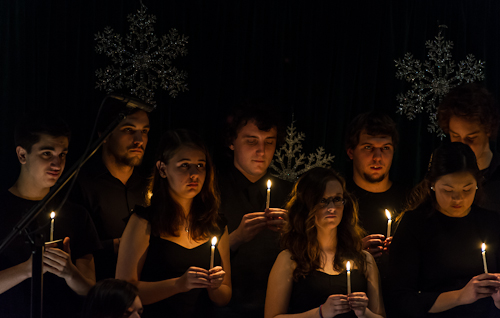 I was able to capture the conductor even though she was very active in her movements. 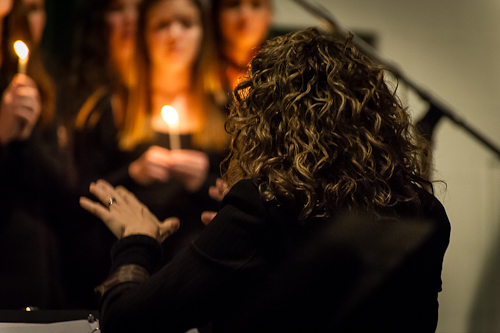 And, yes, I was even able to capture a shot of Matthew, deep within the confines of the percussion area. He did an awesome job on the timpani and the xylophone. 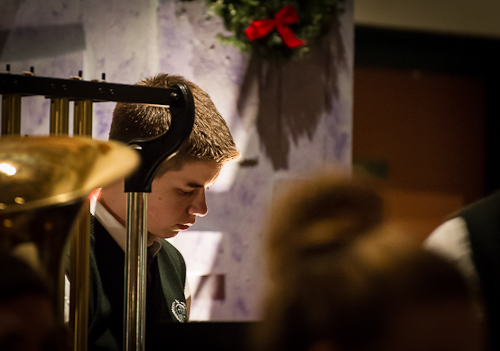