I am attending a conference in Orlando. The days are very busy but there have been a few evenings where I can get out to the parks. Last night, for example, Magic Kingdom was open until midnight.

I took my camera along and I was rewarded with some terrific shots. But shooting at night and in low light conditions does pose its challenges.

For example, here is the frame that I captured on the Pirates of the Caribbean ride. Extreme low light. I was shooting wide open at f1.4 with a 50mm prime lens. Not a pretty result from the raw image: 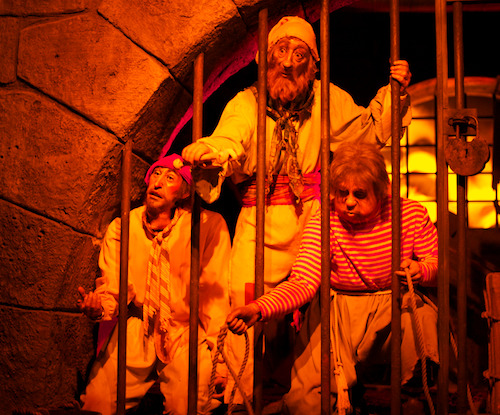 The lighting, although dim, cast some decidedly reddish tones to the scene due to the artistic use of fire — some of which can be seen behind the prisoners.

A little bit of post processing can bring the image to life. 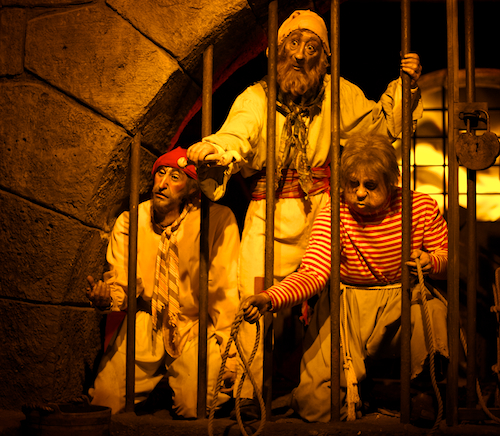 I am still amazed at what this Nikon D3S can do in low light situations. I shot hundreds of frames like the following handheld and in the dark. Truly remarkable. 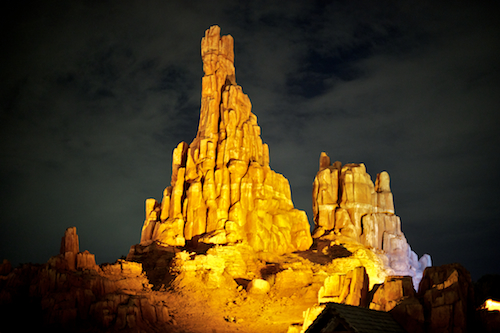 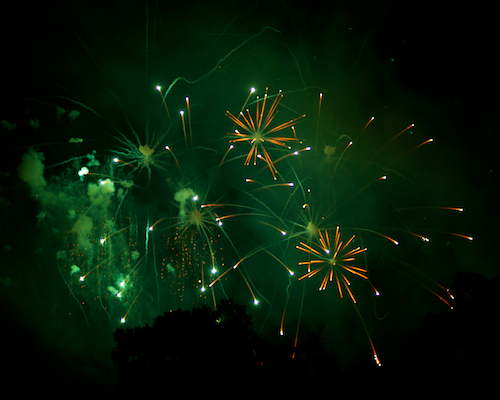