Three very long evenings and two very long days but a memory that will last a lifetime.

We shared the stage with Trevor at his Yahweh concert here in Kingston. An amazing group of musicians. I have worked with Trevor and his team for several years now but usually on the engineering front. It was terrific to be able to contribute as a musician.

Despite all of the planning and hard work that led up to the event, something really, really bad happened to the FOH engineer. 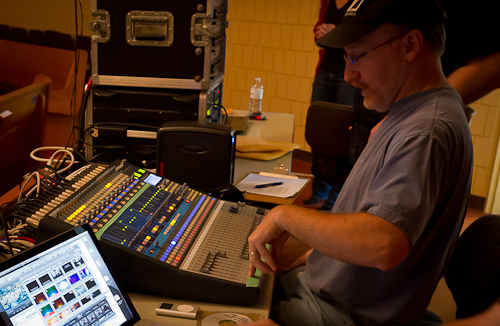 You see that console he is working on in the above picture? We had spent several hours fine-tuning the front-of-house sound as well as eight discrete monitor mixes. The board was a Presonus StudioLive 24-channel digital console. About ten minutes before the event opened, we went to save all the settings from the soundcheck. You know, just in case there was a power outage or some other incident. The equivalent to saving your work on a computer. Only this time, things did not get saved.

A member of the team went to start the save process. But what’s this? What happened to all of the settings? All of the compressors, gates, eq and monitor levels. All of their settings were gone. The digital board had crashed and we lost all of that work.

Trevor’s team took to the stage. 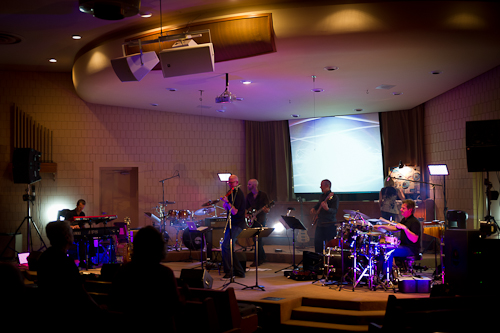 We managed to tame the technical issues in enough time for the downbeat and, aside from a bit of feedback on the top of the first song, without incident.

Although we were expecting to open for Trevor, he was kind enough to place our set just after first intermission. 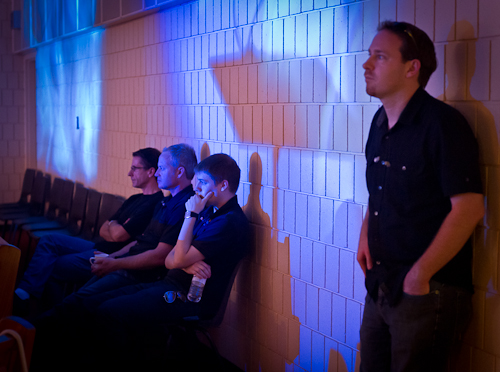 What were we thinking as we waited? Man, those guys are good. Like really, really good. I have to admit I was getting quite anxious about how we would do on our own set. I did not want to let Trevor or the audience down. 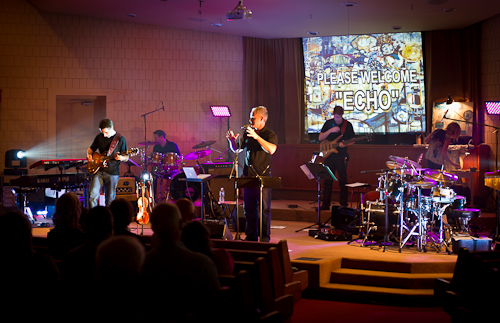 We had a great set even though all of our monitor mixes were way off from soundcheck. Jeff (drums) and Josh (bass) were both running on in-ear monitors. Rob and I were working from the same set of wedges. My rig was pointed sideways so I could not hear much guitar on the stage nor from the wedges. And the line arrays were engineered to push sound out. That said, I could tell the team was on the mark and we were able to enter in to our set. What a thrill. I have told my youngest son that the act of creating music, particularly with a skilled set of musicians, is an intensely spiritual moment and you can sense God through the music.

It was wonderful and humbling all at the same time.

Trevor and Brad came up to join us for our last song. The evening could not get any better than this. 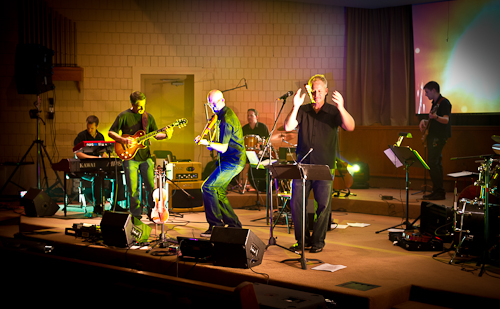 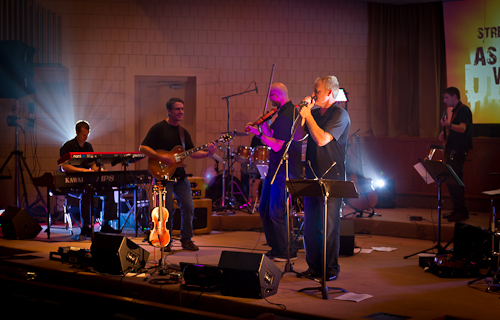 A lot of hard work went into the planning and production. Over the past two nights I have managed on only a few hours of sleep. I did not get back from the concert last night until well past 1am and then I was up early this morning for another set of rehearsals.

I expect to get a full night’s rest tonight though. And the memories of playing with good friends and family — my one son on bass and my other son on lighting — continues to provide joy.