I spent about 12 hours on the production crew at the K-Rock Centre yesterday. Fortunately, I was working graphics and video, not sound. My hearing is far from ready for mixing live sound right now.

My son was playing bass at the evening concert. I’m usually on the stage playing with him and I did miss that part of the experience. But I had my hands full keeping up with all of the graphics work. I spent roughly 30 hours in pre-production working out all of the visuals. The prelude section alone had about 50 graphics which consisted of motion images, flat stills and advertising content. All in, I used about 400 “slides” for this event.

The rig included a 12×9 video wall. I had a triple screen splitter to create a virtual display of 3072 x 768 pixels. Three projectors were painstakingly aligned at the rear of the video wall to create the illusion of a single display. ProPresenter was used to control the visuals from the Mac. ProPresenter is simply awesome. Terrific software.

Here is a shot with the house lights off and some minimal lighting to showcase the stage. 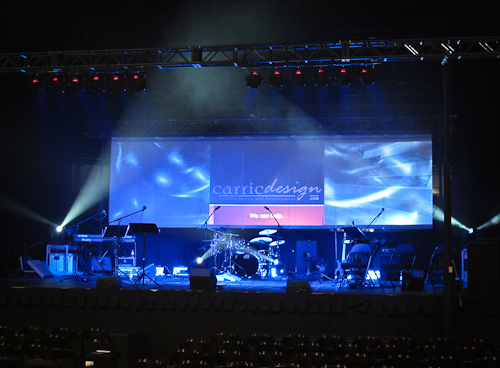 This shot is the band rehearsal prior to the evening concert. House Lights up so things look quite stark. My son Joshua is covering the low end for the team on the far rear right. 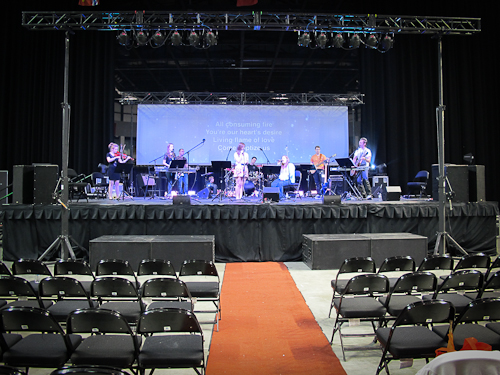 Everything comes alive once the house lights go down and the band begins to play. 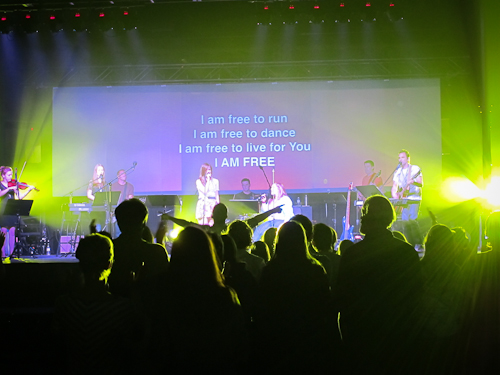