When I was on vacation last month I dropped by an Apple store in Knoxville, Tennessee. I picked up a new Apple TV for under $100 Canadian. For some reason, the exact same product is priced $20 higher here in Canada. I had a chance to install it but I did not get a chance to really try the technology out until last night. 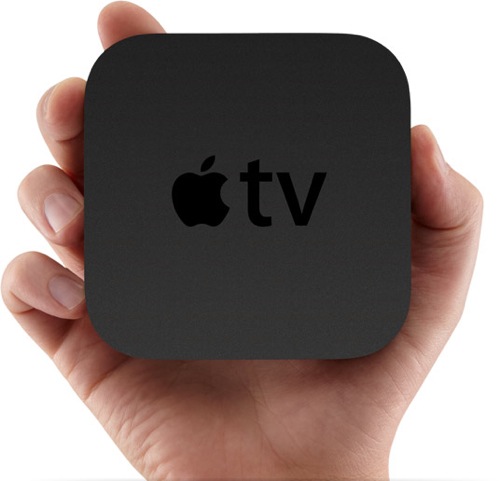 I have the Apple TV hooked up to my main home theatre. The home theatre is a projection-based system which runs off a 120-inch diagonal screen. It has a wonderful sound system and it faithfully recreates the movie theatre experience. Lorraine and I generally watch one or two movies a week. And it is always a treat to see and hear high resolution video and sound.

I decided to give the Apple TV a workout. I rented an HD movie from the iTunes store on my MacBook and streamed the rental in real-time to the Apple TV. Sharing my iTunes library and having the content visible to the Apple TV was very straightforward. From there, it was a simple matter of selecting the rental from a drop-down list and initiating play.

Not bad. Not bad at all. The codec for an iTunes HD rental is highly compressed and the output resolution is 720p. Certainly below the image quality of Blu-ray but significantly better than Bell’s so-called HD channels streaming off Expressvu. That said, I was pleasantly surprised with how good the image looked on the big screen.

Audio is inherently subjective. Some people care about sound. Some people are obsessed about sound. And then there is me. I was expecting compression artefacts, distortion on dynamic peaks and a substandard surround sound. Like the image quality, it was better than the satellite service and not as good as Blu-ray. And better than I expected.

The Apple TV was able to keep up with the high definition stream from the computer. No lagging whatsoever. I did not notice any issues with rendering content to the screen.

FrazzledThe Web Is Getting Smaller
Scroll to top