It happens. Quite frequently to some players. A broken string, either during a final rehearsal or during the performance itself. Yesterday, it happened to another player in the band. He broke his “A” string during the final rehearsal. He was not prepared. As I helped him out of this little jam, I thought about what it means to be prepared as a guitarist. There are a number of lessons I have learned about playing the guitar in public. These lessons seem to extend into other areas of my life. 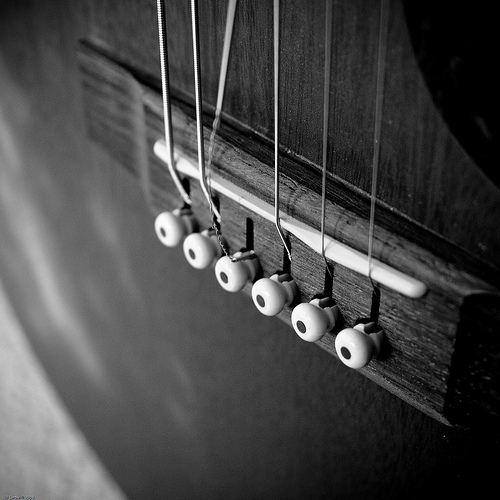 Strings break. Cables get lost or stolen. Batteries die. When I play guitar, I always expect the expected. And I prepare accordingly. I have backup tubes, picks, strings, guitar straps, cables. If the venue is really important, I will carry along backup guitars and amps.

Whenever an incident happens, whether to me or to a fellow musician, I usually take a few moments to think about the implications for the future. Could an incident like this happen again? If so, what steps, if any, should I take? For example, when my friend broke his “A” string, I was able to provide him with a new one. However, the new string came from an electric guitar set. My friend was playing an acoustic guitar. Even though I am usually on an electric, I still play acoustic from time to time. I made a note to myself to add a couple of spare sets of acoustic guitar strings in the gig bag.

I tend to be a self-reliant person. Okay, a highly self-reliant person. But even a really well prepared player needs help from time to time. There was one event where I was short an instrument cable. This happened because a primary cable had failed a few weeks before and I had to go to my backup. I promptly ordered a replacement cable but the supplier was back ordered for several weeks. No problem. I have a great set of cables and I can run the risk of not having a backup set for a few weeks. Unfortunately, the backup cable failed during a rehearsal. Desperate, I asked a fellow player for a spare. And he helped me out.

It is a good thing to plan. It is a good thing to be ready for when things go wrong. It is a bad thing to worry about what might happen particularly when you are playing. There have been times, just prior to a performance, when I begin to fret — I know, I know, that was a particularly bad pun. Will I break a string? Will the instrument stay in tune? Will a cable fail? Will a tube go microphonic? One of the objectives of being prepared is to push the anxiety away. If I have rehearsed the material, if I have prepared for things that may go wrong, then I am ready. As ready as possible. To worry at that point is just wrong.

Take the unexpected in stride

Things beyond my immediate control will go wrong. I have played at events when a power failure has hit. Lights out. Amp out. I have played at events where another team member has not shown up and I have to cover their parts on my instrument — unrehearsed no less. Stuff happens and it is a choice to get upset about it or to learn from it. Far too often, I start with the former. I have learned that it is always better to focus on the latter. Tends to do a better job building character.

Who knew that playing a guitar could offer some important life lessons?