“If it sounds good, it is good.” — Duke Ellington

My oldest son is pulling together a pedal board for his bass and we started talking about the order of the effects pedals. Over the years, I have generally followed this path: filters, overdrives, modulation, delays. The key, though, is how things sound. Chasing tone. A quest that I have been on for a long, long time. 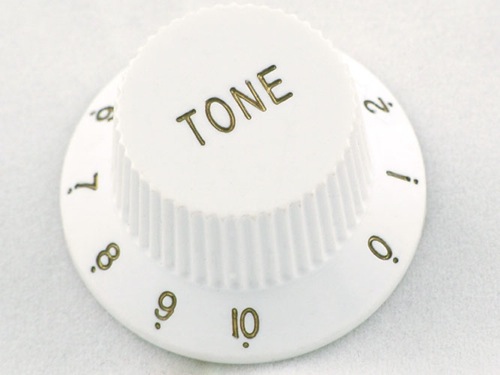 Tone will always begin and end with the player. Creating a voice with the instrument is largely accomplished by the hands. The physical act of playing the guitar — touch, attack, dynamics, phrasing — greatly influences the sound. Having said that, there are many other factors that influence tone. Here are a few that I have discovered over the years.

When I was young, and more of a guitar gunslinger, I would always use D’Addario .009 – .042 guitar strings. Why? They were very light, easy to bend, easy to fret and the light gauge gave me some extra speed. I still play D’Addarios, although I have pushed them up one gauge to .010s on most of my guitars. I play .011s on the Collings CL Deluxe. Why? Better tone. Heavier strings provide a stronger signal to the pickup.

I use to play medium picks. It did not matter who made them. As long as the pick came with the letter M on it, I played it. If I happened to be on an acoustic guitar, then thin was in.

A few years back, I was tracking a guitarist in the studio. He was an amazing player and he was getting remarkable tone from one of my electric guitars. It was hard for me to believe that it was the same instrument. Completely different sound. The player used a 3mm Big Stubby. A really thick pick. I tried it. What I found was that the pick provided greater attack and dynamics and less bend. A side benefit was that it gave me better control over picking speed. I tried a number of different Big Stubby picks and settled on the 2mm size. Thick but not too thick.

This should not be a surprise but the type of wood has a significant impact on the tone of the instrument. From dark to bright and everything in between, a guitar will bring a voice based on the type of wood and the resonance of the wood. Whenever I am looking for a guitar, which happens a lot more these days, I always check for resonance. Usually I pluck the B string and feel for vibration around the jack socket. If the instrument vibrates then there is a chance that it has some life. A good guitar should come alive in your hands and that happens when the wood resonates. The type of wood will impart a distinct tone but if it does not vibrate, you won’t find that sound.

I never paid too much attention to pedals in the early days. I had phasers, flangers, distortion units, overdrive units, wah pedals, volume pedals and I just plugged them in. Generally without too much thought to order of effects or loss of tone. Today I use a true bypass effects loop to retain as much signal as possible. There are pedals which can negatively impact tone and even the choice and length of the cables that connect the guitar to the pedals through to the amp can effect tone. With a true bypass effects loop, I can keep the cable runs short, I can engage effects as needed and I can protect as much of the tone as possible as it goes through the pedal board.

I have heard it said that most guitar players would rather chew glass than play through a solid state amp.

When I was touring, my primary stage amp was a Roland JC-120. I bought the amp in 1975. It was big, heavy and loud. Not as big, heavy and loud as some of the Marshall stacks of that era, but it had lots of punch. When I first picked up a tube amp, I wasn’t sure why things sounded so much better. Richer harmonics. Thick tone. The secret? Tubes.

For most of the dates I play now, I use a smaller twenty-watt tube amp — the Swart AST Mk II head and 1×12 cabinet. I can get great tone from that rig without setting the amp’s volume on stun. Virtually every date I play involves a sound system where the guitar rig gets a microphone. As long as I can hear myself on stage, I do not need to overpower the room. And it is easier to get a smaller wattage amp to sing with rich and harmonic tones at reasonable volume levels then with a high wattage amp that has to be turned down. I have played lower wattage tube amps for almost twenty years now.

I see a lot of players that set and forget the volume control. Whenever I watch legendary players at work, they constantly adjust the volume controls on their guitars. And with good reason. The interplay between a guitar and a good quality tube amp is highly influenced by the signal level coming from the guitar. In other words, the volume level will significantly change the tone.

There are lots of other tone tips out there and I have discovered some of them the hard way, through trial and error, and some the easy way, through learning from other players and more recently the web. Let me know if you have found some good tone tips.