As promised, here are a few photos from the fire incident at the Chateau Laurier in Ottawa. No fire. No smoke.

As the alarms continued to ring, we looked out our hotel room window and we could see the main intersection had been blocked off and firemen were opening one of the fire hydrants. Perhaps now was a good time to leave the room. 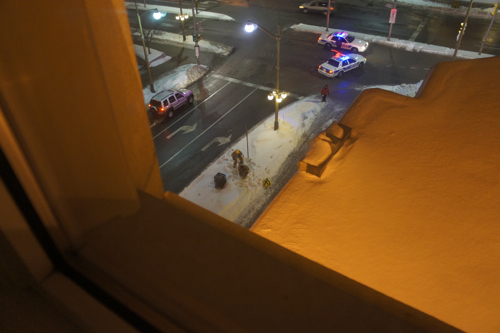 As we streamed out of the hotel, we discovered that there were dozens of emergency vehicles. 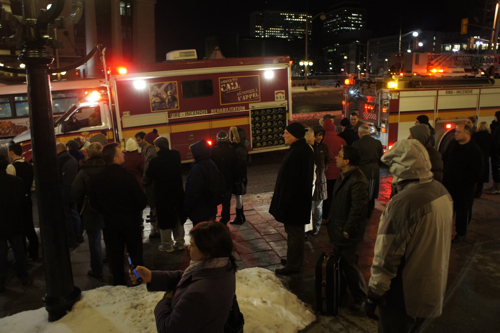 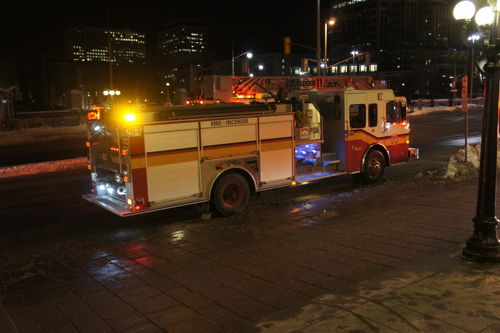 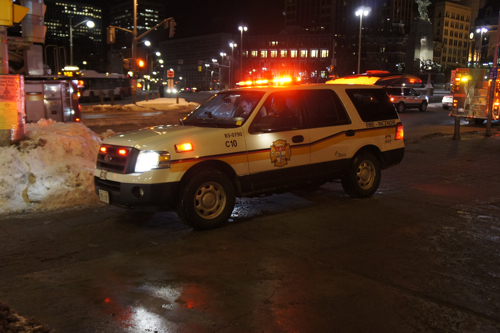 In the lobby itself, the emergency crews were everywhere. 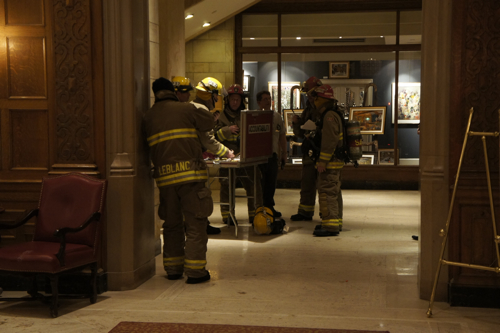 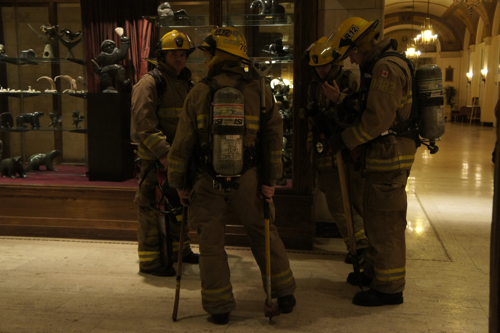 Fire!Fire, Details at 11
Scroll to top