I will look into the details a bit further, but some people have told me that it took over 500 people to set the U2 stage and that the cost of the stage was somewhere near $40 million. I’ll confirm that data over the next couple of days.

Here are a couple of photos that I took of the concert. That stage was huge. The concert was sold out and by the time U2 started, there were well over 60,000 people in attendance. The dome was open. It was an amazing evening. The opening act was Snow Patrol and the front person was having the time of his life. And it showed. You can even tell from the picture that he was in the moment. 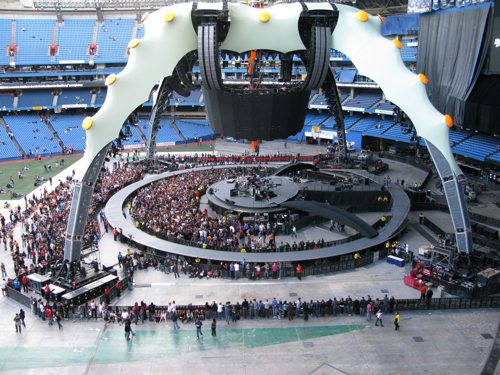 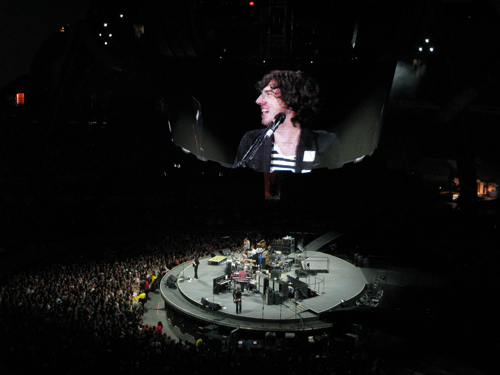