“The church is dying.”

So said the organist of St. Paul’s Anglican Church. St. Paul’s, located in Lachine, Quebec, was the church of my youth. And it is an example of how quickly and dramatically the church has declined in just one generation.

St. Paul’s played a major role in my life as a child. Sunday services where I served in the choir and as an altar boy. Scouts. Youth Group. Worship bands. Confirmation. An active church community of well over 500 people.

St. Paul’s was also the church where my father’s memorial service was held. As I wandered through the church sanctuary, memories from that day entered my mind. I had just turned sixteen.

I remembered that just before the funeral service, while we were still at the funeral home, and while no one was looking, I placed a small wooden cross into my dead father’s casket. This cross was given to me by the Reverend of St. Paul’s on the day of my confirmation. My hope was that this cross would somehow help my father. That there would be a physical and ongoing link between him and I even though he was dead.

The lesson of the cross is for the living — not for the dead.

And perhaps the cross was removed before the casket made its way to St. Paul’s. I will never know. But the memory of that day still grips me with sadness and despair.

St. Paul’s was built in 1964. And the church sanctuary looks exactly as it did when I was there over 40 years ago. I have included a few photos that I took of the church earlier today.

As I was shooting the interior of the church, the organist came over and talked with me. What had once been a healthy and vibrant community of believers 40 years ago was now a community of fewer than 30 people. And, once they have passed away, there is no one to lead the next generation of believers at St. Paul’s. 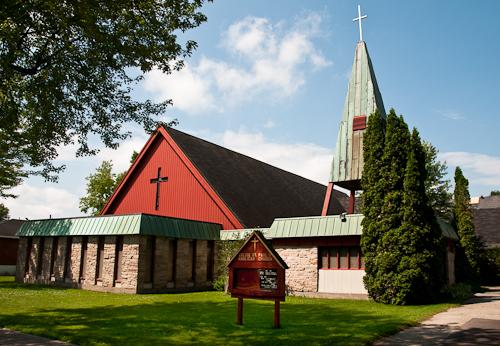 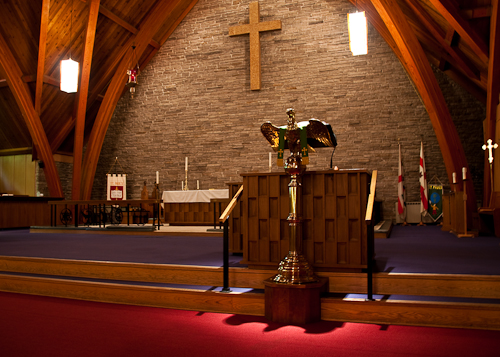 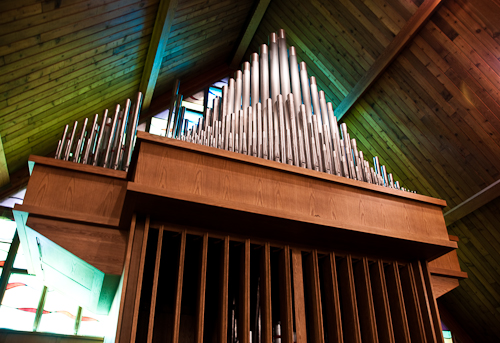 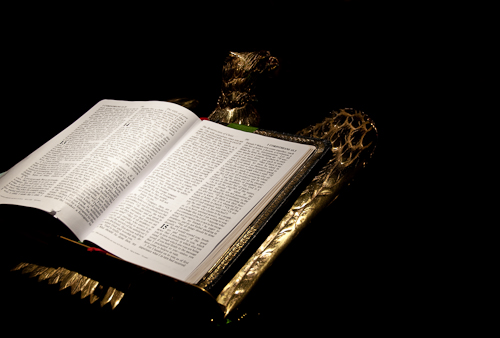