Crunch time hits the studio. I have to have everything ready to go for next week as the studio gear makes its way to its new home a week ahead of the family.

I spent all day yesterday finishing off one project — dressing and flattening session tracks and backing up to hard disk — and getting part way through another project. Namely, packing the studio. Part of the reason why I could do both at the same time was the amount of time it took to back up the first project. Over 130 gigabytes of data to transfer. It took several hours.

Here is a photo of the control room before takedown.

And here is another shot from roughly the same angle after takedown. 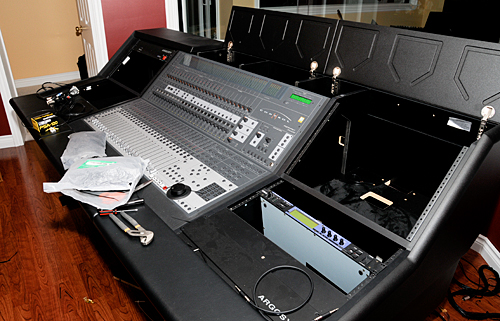 I have left the console in the desk for now as there is a slim possibility that I might sell it before the move. I am debating an upgrade and I have a few people that have expressed an interest in the console. Doesn’t make much sense to pack it all up for a move if I won’t be taking it along with me.

But all the interconnects have been removed. Somewhere in excess of 500 connections. With impressive cable management. So impressive that I spent close to seven hours painstakingly clipping cable ties. I did not nick any cables — only my fingers. A small price to pay for taking down a recording studio.

Here is a shot of the two equipment racks. Sans the equipment of course. 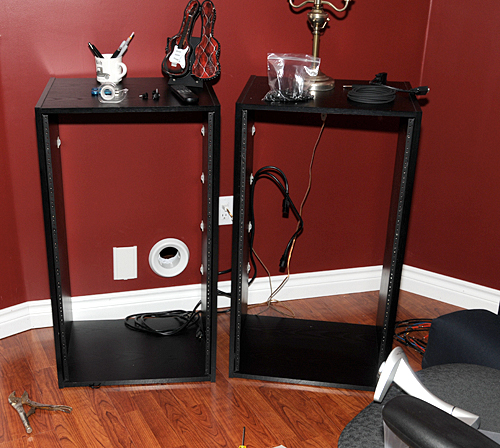 Looking at all of the gear and all of the boxes I am now worried about having enough room in the cargo van as well as in the storage unit. I guess I will find out soon enough.

Moving is so much fun.