One of the gifts that I did receive over Christmas was Season 6 of 24 on DVD. My wife and I started watching it last night. One or two episodes an evening now until we get through all of the episodes. To all of my friends: I won’t see you for a few weeks.

Jack has an interesting approach to managing conflict. In the first episode, Jack is being tortured by one of his captors. His captor has been making some pretty good progress with some pretty nasty instruments. The poke in the back looked particularly painful to me.

The captor is just about to hack off one of Jack’s fingers when he gets interrupted by an urgent telephone call. Don’t you just hate it when that happens? A pleasant morning of brutal torture has to be put on hold.

The captor and the guards leave the room. Jack, for whatever reason, is hooked up to a heart monitor. He pulls it off which creates a no pulse alert. One of the guards comes back into the room to check things out. But he gets a bit too close to Jack. 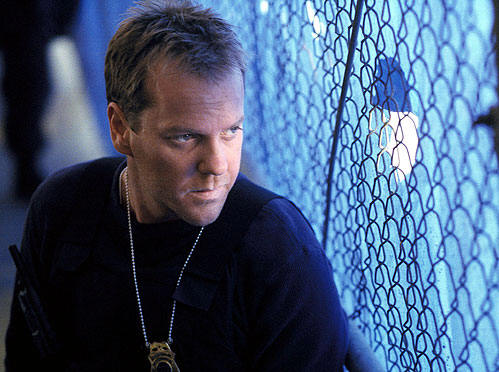 Houston We Have A Problem AgainMusic Without Wires
Scroll to top