I took a few steps down memory lane yesterday. I was doing some research that led me, quite indirectly, to the website of my old high school. I had no idea that someone was maintaining such a website. Nor did I know that many of my old classmates from the early 70s had been updating their journey in life on the site.

One close friend from those years wound up tree farming and writing books about crystals. He lives in the southwest of the United States. Another is an accomplished professor at an Anglican Seminary college. There were a dozen people that I once considered good friends who had posted. They were able to summarize their life journey in a couple of sentences.

It made me think about the dreams that we have when we are young. And where we wind up. A surprising number had followed their aspirations. One person had wanted to pursue a career in music and audio. He currently manages the audio/visual group for a fleet of cruise ships.

Could I summarize my own journey in a couple of sentences? Am I happy with where things turned out?

I made my choices in life. Some thrilled me. Others haven’t. I guess that is life. Here is a photo of me from the 1970s. 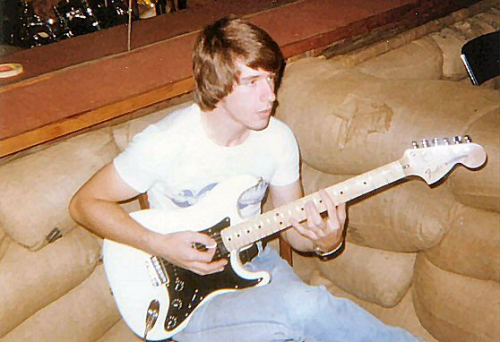 Photo of the DaySeattle and Rain
Scroll to top