A full day of touring today. We took advantage of the beautiful weather to tour the city of London. We left the hotel early and arrived at Westminster Pier at about 8:00am.

The hotel is only a minute away from the Marble Arch subway station. I purchased travelcards for the day and proceeded to discover London”™s tube. We took the Central line subway one station stop to Bond. And from Bond we took the Jubilee line to Westminster pier.

The underground system in London is quite impressive. Westminster station looks like something from a movie set. It is huge.

As it turns out, today was the London Marathon. The downtown core was closed to traffic. For the first three hours, we basically wandered downtown London almost on our own. Big Ben, the Parliament buildings, Westminster Abbey. All amazing sights.

We sidetracked to St. James Park and enjoyed a late breakfast at the Inn on the Park. We sat outside enjoying the sun and the stunning British gardens. We continued walking through the city to Trafalgar Square. And we made our way from Trafalgar Square down to St. Paul”™s Cathedral. Along the way were numerous points of interest.

After about 5 hours of walking, we decided to take in a river cruise. We took the tube from somewhere deep in the city of London back to Westminster Pier. We crossed the bridge to the London Eye and purchased tickets for the cruise. The cruise took about an hour and highlighted the major attractions along the Thames River.

Going under the Tower Bridge, I waved and someone returned the wave. This means five years of good luck according to the tour guide.

After the cruise, we made our way to Waterloo station. This is where we will be taking the Eurostar to Paris on Tuesday. Quite an impressive station.

We are now back at the hotel resting our legs and feet. My son is sound asleep on one of the couches. I am updating my blog. Here are a few photos from my son”™s camera. My own photos are in RAW so I won”™t be able to post those photos until after I come back to Canada.

A great day in an amazing city. 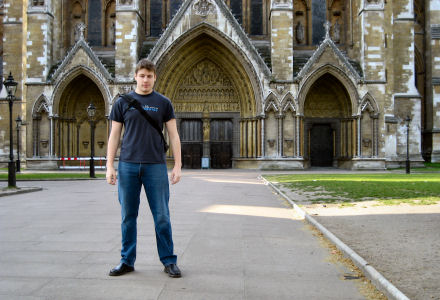 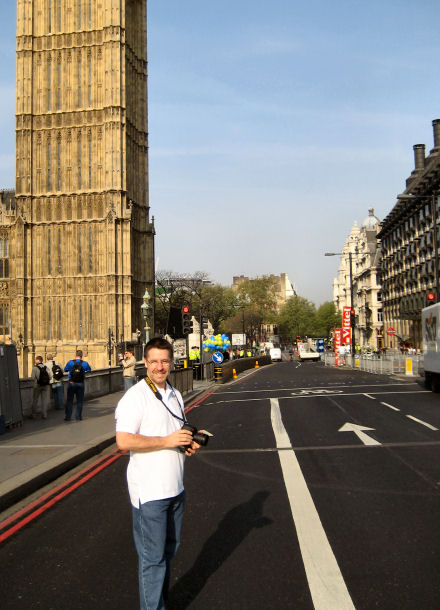