Jim Allchin, a senior executive with Microsoft, exposes a deep secret: that he would rather buy a Mac than run Windows.

In an Iowa anti-trust trial against Microsoft, Allchin’s three-year old email was surfaced:

Exhibit 7264. Almost three years ago, on January 7, 2004, Jim Allchin, the senior executive at Microsoft, sent an E-mail to Microsoft’s top two executives, Bill Gates and Steve Ballmer, and the subject was losing our way.

Mr. Allchin says, I’m not sure how the company lost sight of what matters to our customers, both business and home, the most, but in my view we lost our way. I think our teams lost sight of what bug-free means, what resilience means, what full scenarios mean, what security means, what performance means, how important current applications are, and really understanding what the most important problems our customers face are. I see lots of random features and some great vision, but that does not translate into great products. He goes on to say, I would buy a Mac today if I was not working at Microsoft.

He sets the record straight on the Windows Vista blog here. He claims he was only being dramatic. I thought he was just being rational. Using Windows can be such a tough experience. I imagine building it must have been much, much worse. This article gives you some sense of the drama.

He is unable to join the Mac brotherhood until he leaves the Empire. 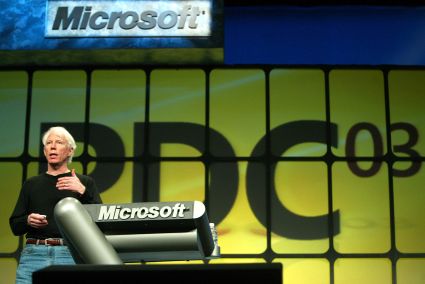