PC World created a list of the 25 greatest PCs of all time. They used four factors to determine what made a personal computer great:

Number one on the list? The Apple II computer. This computer came out in April of 1977 and the model line continued until December of 1993. I owned one of these computers.

Number two on the list: the Compaq Deskpro 386. I was number 17 on the wait list in Canada for the original Deskpro 386. It arrived within days of my oldest son’s birth.

Number four: Apple Macintosh Plus. I loved this computer. It came out in 1986.

I am pleased that I had the good fortune to work on 4 of the 5 greatest PCs of all time. Take a look at the article and go back in time. Some great computers. The picture below is from the original marketing brochure for the Apple II. June Cleaver is preparing food and Ward is checking his stocks. Remember folks. This was the 70s. And is that picture of an apple, to the right of June, by chance? 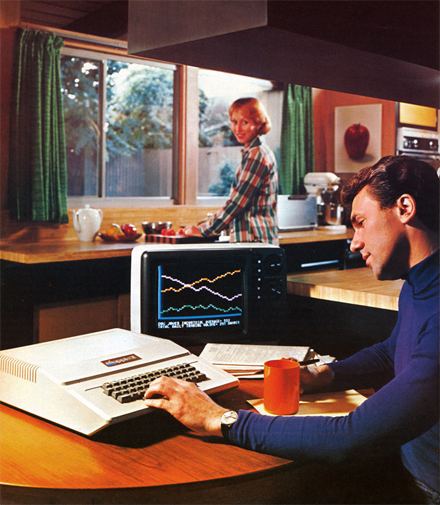 An Apple and a LemonKurt Browning and BNL
Scroll to top