The Victoria Day weekend, often referred to as the May two-four weekend, ushers in the unofficial start to summer.

As you can see below, Environment Canada issued its long-range forecast. And the projection indicates a much warmer and drier than usual summer.

Below the Environment Canada projection is a picture of my youngest son taken in July of 2004. We decided to spend the Canada Day long weekend at the beach. And the temperatures were not that much warmer than freezing. That summer was one of the coldest and wettest summers I have ever experienced.

I wonder if Environment Canada predicted a warmer and drier summer then as well. At least the work week will be sunny and warm. 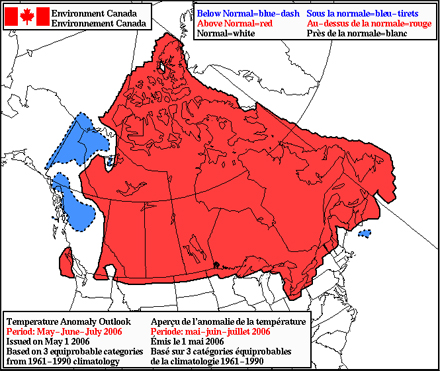 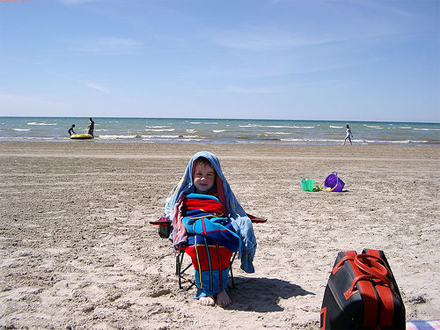