So the story goes. George Harrison of the Beatles spotted an ad for Apple Computer in a British magazine in 1980. He felt there was potential for trademark conflict with Apple Corps. Apple Corps was set up by The Beatles in 1968 to release their songs and manage their creative affairs.

Apple Computer started in a California garage in 1977.

The first battle was fought as the two companies tried to reach an agreement about their respective names. The two firms reached an agreement on their use of the Apple trademark in 1981. Under the terms of the agreement, Apple Computer would use its name and logo only in the computer business and The Beatles’ company would use it in the field of entertainment.

After more than two years in court, the two firms reached a settlement rumoured at around $30 million USD. Things stayed quiet for a while until Apple Computer launched iTunes in 2003. By starting iTunes, Apple Corps claimed that Apple Computer had entered the entertainment business and breached their trademark agreement.

So off to court they went. And, for now, Apple Computer has won. All I am saying, is give peace a chance. 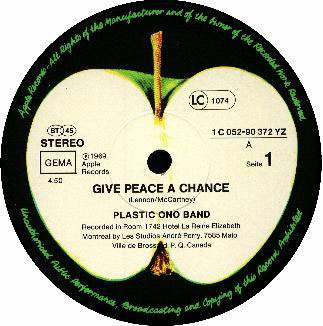 Series 2Be Your Future
Scroll to top