Scott McNealy, pictured below with Steve Ballmer of Microsoft, stepped down from his role as CEO of Sun Microsystems. Sun is a technology company in a lot of trouble right now.

McNealy was never shy. I remember meeting him in Toronto a few years back. His opening line to me: “If the banks aren’t dot.com they’re dot.gone.” Just for the record, the banks are doing much, much better than Sun.

A friend of mine passed me a list of Scott McNealy-isms. Here are a few of them. And remember, this guy was leading a multi-billion dollar operation. 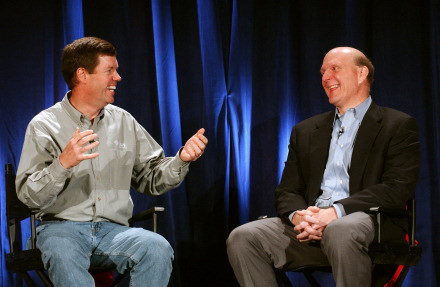