We watched The Apprentice last night. I’m not sure why. But there it is. A family tradition of sorts. A frenzy of emotions occur whenever the infamous boardroom scene begins. Who will be fired this time? There are obvious candidates and yet there is no real substance to Trump’s performance management. He fires people on a whim. I guess that is part of the attraction of the show.

At the end of the show, the recently terminated folks hitch a taxi ride to some unknown destination. We were watching the show on Global TV. And I noticed that the yellow cab had a Casino Rama advertisement. “That’s funny. Why would someone advertise Casino Rama in New York City?” I thought.

So I switched the channel to the NBC affiliate and, lo and behold, the same taxi had a different sign. Global inserted their own ad on the yellow cab in post production. Digitized manipulation.

Why would anyone do that? Is there no end to brand promotion? 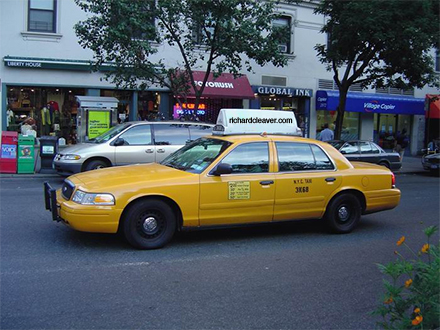 Microsoft on the WebDecisions
Scroll to top