The new iMacs are a bit faster for some things. Most of the benchmarks are showing roughly 1.1 to 1.3 times as fast for some, not all, native applications. Non-native apps, ones that have to run using Apple’s Rosetta code-translation technology, run about half as fast.

I suspect things will change in another year or so. But right now, I find the current iMac to be a great desktop machine. I run a wide range of applications and I find the machine very responsive. I also use an IBM ThinkPad quite heavily and it seems less responsive.

The full breakdown on Macworld’s tests can be found here. Below is a picture of a PowerPC G5 chip. 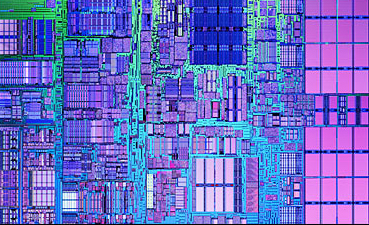 MacJournalListen to the Voices
Scroll to top