The first film to really highlight the serious issue of identity theft was Jackie Chan’s Who Am I?

Jackie Chan is a commando that participates in the hijacking of some scientists and special meteor fragments. He gets doublecrossed and left for dead in the middle of Africa. When Chan recovers, he has partial amnesia and can only ask the question: “Who am I?”. The rest of the movie is focused on Chan’s efforts to get his identity back. And, because it is a Jackie Chan film, there are a few hyperactive fight scenes.

As consumers, we will likely have a similar fight to get our identity back at some point in time.

ChoicePoint presents itself as the nation’s leading provider of identification and credential verification services. Choicepoint recently settled with the Federal Trade Commission. They were initially fined $15 million over a data security breach that led to at least 800 cases of identity theft. They describe their settlement with the FTC here.

An identity theft ring was able to obtain credit reports, social security numbers and other sensitive information of more than 163,000 consumers on ChoicePoint’s database. The identity theft ring made false applications to establish accounts with the credit reference firm. The number of accounts taken was quite low but the implications were significant.

ChoicePoint has a list of other such incidents of identity theft in 2005 here. Of note was the exposure of roughly 40 million MasterCard accounts. 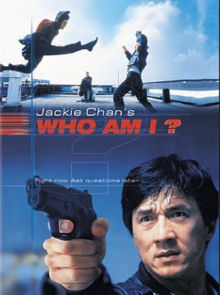 On TimeMac Rig
Scroll to top