The meeting was taking place at the St. Andrew’s Club in a downtown office tower in Toronto. I made my way quite early in the morning. I did not want to be late.

It was early, still dark outside and very, very cold.

In the middle of the sidewalk. In downtown Toronto. And I thought about how quickly and absolutely I dismissed the lives of the two homeless men directly across the street. They were huddled over the air vents. They were trying to keep warm and they were trying to sleep.

How could I be so uncaring?

What is the difference between those two men across the street, laying on a sidewalk, alone and in the freezing cold, and me? We were so close in distance and yet worlds apart in how we experience life. From the viewpoint of eternity, we are really no different at all.

As I stood there, thinking about fate and circumstance, I noticed a vehicle pull up beside the two men. A woman stepped out of the vehicle with blankets. She approached each man in turn and wrapped him in a thick blanket. And then she returned to her vehicle having made a difference to each one’s life.

“Thank God for the Salvation Army.” I thought. “I’d better get moving. I don’t want to be late for my meeting.”

I wonder who had their priorities straight that morning. Thank you, Salvation Army, for making a difference in the lives of those two men. I can, at least, give something to your work. 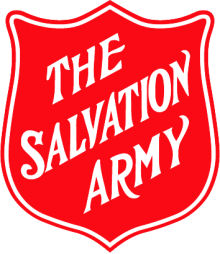