The quest began several weeks back. A new, more powerful, experience beckoned. And there was no honourable way to decline the quest.

We had to achieve that which only a select few would be able to achieve.

The pressure was intense. And I knew, for the sake of my sons, that I had no choice. I had to find a way. A way to acquire an xbox 360 platform on release day.

We had tried to pre-order from Best Buy. Through some miscommunication this attempt to secure a device failed miserably. We were left with the unlikely option of trying to acquire a unit on its release date.

Did we have a chance? 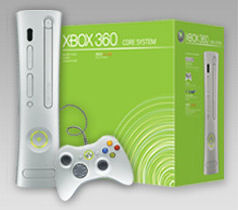 People had started to line up at our local Best Buy around midnight on Monday. Best Buy did not open its doors until 8am on Tuesday. I counselled the family to bypass Best Buy and Futureshop and go directly to the most reliable source of high technology gaming platforms: Wal-Mart. I received an update at 7:40am. A ticket had been successfully acquired at Wal-Mart. And, by 8:20am, an xbox 360 had been successfully acquired. A slight problem though. The desired games, Project Gotham Racing and Call of Duty 2, were sold out.

Back to Best Buy. My wife, always resourceful, found a way to get in ahead of the crowds waiting to purchase their xbox 360 platforms. She told them that all she wanted was to go in and buy a couple of games. And in she went. First pick of all the games and accessories.

Here is a screenshot from one of the games she picked up. Call of Duty 2: 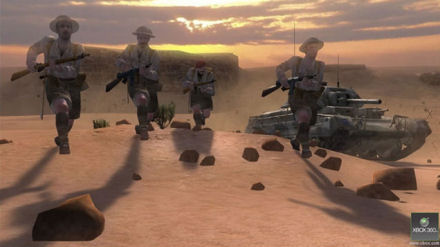 Our two boys were allowed to join in on the quest for an xbox this morning. Which means they missed school this morning. My wife and I talked about this last night. Sometimes family memories are built from such silly events. Joshua and Matthew will remember this adventure for years. For them it was fun and exciting. A special treat marked with an element of uncertainty.

They will be playing their xbox games this morning and then back to school this afternoon. I will get to play later tonight. I am a hopeless technology geek. The xbox 360 is a supercomputer with a teraflop of floating-point performance. Here are some of the technical specifications:

And here is what you can do with all that computer power. Amazing graphics. Anyone remember Pong? 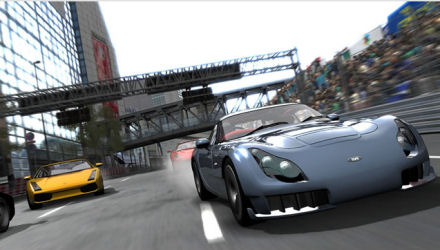