Why go to all that trouble? The human ear is very sensitive to distortion, pitch and timing issues when listening to recorded music. And when a loop is created, it is very dependent on strong timing. If the instrumental tracks are pushing or pulling the beat a little bit then fine. It is art. When it lags or gets too far ahead of the beat, then it is a flaw. Loops magnify the flaws to an objectionable level.

Anyway, I spent all that time getting the tracks cleaned up and I went to produce a dub. A dub is a rough mix of the song. Not to be confused with the final mix of the song although, for some reason, the artists I work with get confused all the time.

In Pro Tools, we have a feature called Bounce To Disk which is used to create a stereo dub. Keep in mind that the song in question here is over 7 minutes long. And keep in mind that the session contains well over 90 tracks for this song. It takes Pro Tools several minutes to load the song. Once Pro Tools has produced the dub, I have to exit the program, load a different program to bring up the audio file and burn it to disk. All in, about 15 to 20 minutes to produce one dub.

I spent 3 hours trying to produce a dub. It was awful. Every time I produced a dub I would only get a mix of a limited set of tracks. The lead and background vocals were missing. As were the new keyboard parts we tracked over the week-end. As were a number of other parts.

What on earth was wrong? Was the session too large? Was I running out of memory? Was there a problem with the disk?

I searched the web. I went to the Digidesign support forum. I almost thought that I would have to do the unthinkable.

I had inadvertently tagged the output stream of the session to take a dub of the musician’s cue mix. In other words, the dub was working exactly as intended. It was just making a dub of the headphone mix which, to make the musician’s life easier, had a limited number of tracks.

I went in and tagged the output stream to make a dub of the master mix instead of the cue mix and everything worked fine.

I must be getting old. If I had called the Help Desk the ticket would have been marked ID-10-T. 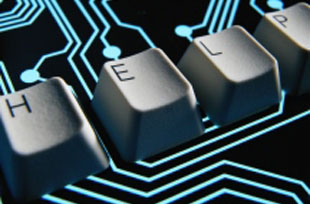 Digital Entertainment
John Lennon School Bus
An Apple a Day
Where is the Magic?
Cowbell Fever
Back In The Saddle
What Makes That Sound?
Rejection
5 replies

A Sound ViewBait and Switch
Scroll to top