I was listening to a couple of podcasts from This Week in Tech.

For some reason I was in denial about the potential for as many as seven different versions of the upcoming Windows Vista. There have been rumours bouncing around on this front for months and it looks like Microsoft might go ahead with this strategy. The different editions: Starter, Home Basic, Home Premium, Professional, Small Business, Enterprise, and Ultimate.

John Dvorak was one of the speakers on the podcast and he had a few suggestions for Microsoft to offer more of what users really need.

How about the Vista Kiddie Edition? This way the company can bring back its old code for Microsoft Bob. Net Nanny could be built in. This one would have the same power as Vista Professional and cost less. Good concept, no?

Let’s not overlook Microsoft Vista Kitchen Edition. People are putting computers in the kitchen, aren’t they? Well then there should be a rugged kitchen edition with a file system specifically suited to storing recipes and videos of Jacques Pepin cooking his way. In fact, this will be what was going to be the Vista Multimedia Edition.

The next obvious edition would be Microsoft Vista Gamer Case-Mod Edition. Yes, I know, the idea that a case-mod computer would have its own OS is ridiculous, but think of the potential. Perhaps the OS could control flashing lights inside the machine or make the disk-drive light blink wildly. It can be ultraoptimized for games. Perhaps Microsoft could return to the efficient DOS code for that!

Okay, from there we go to Microsoft Vista for Desperate Housewives. Perhaps you stop me here and say, “Hey, wait–that’s a TV show. There would be a copyright problem.” Not if it’s a test”“marketed, licensed product and sold specifically to fans of the show, not to mention actual desperate housewives. A one-two marketing punch, I tell you!

I think there are other possibilities that Microsoft should consider to round out the line. The first is Microsoft Vista Linux Distro Edition. This would actually be MS-Linux with the same GUI as Vista Ultimate. This would be released but poorly distributed so Microsoft could say that nobody is interested in Linux, according to their numbers. “We tried selling it, and it was not popular.”

Then the company can finally do what it does best””copy Apple. It can come out with Microsoft Vista OS-XP Special Edition. This would be a version that looked and felt exactly like OS-X just in case OS-X for the x86 gets into the wild and starts impinging on the Microsoft turf. Microsoft can say it’s already been there and done that with OS-XP.

I would like to see a Microsoft Vista Use The Force Edition. For obvious reasons. 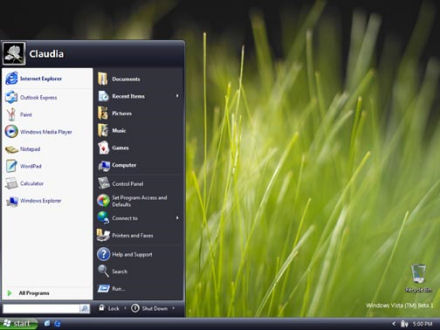