I had to chuckle over this item:

Gone are the days of needing hundreds of thousands of dollars to set up a studio to produce your own tracks; a decent digital audio workstation can now be set up for comparatively ridiculously low cost.

Cheap recorders have always had a place to help sketch out musical ideas. They are not a substitute for professional recording. If all you need is to produce something for your own personal needs then a cheap recording setup is in order. The Mac setup below actually costs more money than what I used to use for personal recording back in the 1980s. 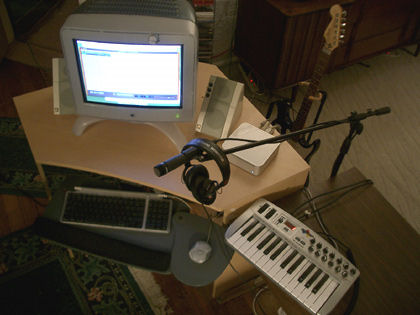 You did not need hundreds of thousands of dollars 25 years ago. The TEAC 144 Portastudio, pictured below, was the world’s first 4 track recorder based on a standard cassette tape. It was released to the market in 1979 and it was priced at $1,100 suggested retail. The 144 Portastudio allowed musicians the ability to record any number of instrumental and vocal parts on different tracks of the built-in 4 track recorder and later blend all the parts together while transferring them to another standard 2-channel stereo tape deck (remix and mixdown) to form a stereo recording. 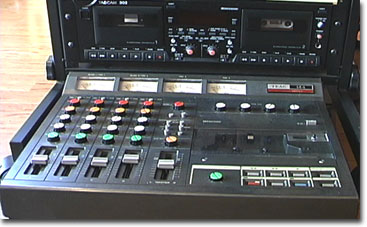