I replaced the tubes in my Fender Deluxe Reverb with NOS tubes. Quite an expensive upgrade. And, since the power tubes have burned in, the sound of the amp has become noticeably more sterile. I no longer achieve the smooth, sweet distortion that I had with the original power tubes.

I have not yet had the amp biased. If the bias is not adjusted properly, a few things can happen:

Tubes can be biased within a certain range. Within this range the response of an amp can be adjusted. For example, a safe bias range might be between 25mA and 35mA. At the high end, 35mA, the amp will distort more quickly and respond better than at 25mA, the low end, which will create a cleaner, more sterile tone.

I’m hoping to get the amp rebiased before the week-end. 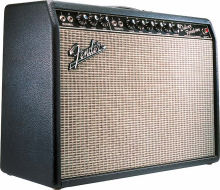