And, despite the devastation caused by Hurricane Katrina, the sign still stands.

The guitar is a replica of a Peavey. They engineered the sign to withstand 180-mph winds. As for the Hard Rock Casino and hotel, well, much of it was destroyed. Only a week before its scheduled grand opening. 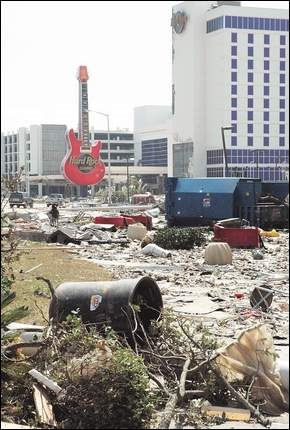