In the studio this evening I will be recording a young vocalist. She needs to track the Canadian and American national anthems. She will be singing at a Blue Jays game in a few weeks. And the folks at Skydome require all acts that sing the national anthem to lip-sync.

Ashlee Simpson attempted a lip-sync on an SNL show last October. You can read all the fuss about that performance here.

Milli Vanilli went down in history as one of the biggest frauds in musical acts. Not only did they lip-sync in their public performances, their recordings were done by anonymous studio vocalists.

There are many artists that lip-sync in public performances including Lindsay Lohan, Britney Spears, Luciano Pavarotti, Shania Twain, BeyoncÃ©, Madonna.

Avril Lavigne made a comment on the Ashlee Simpson lip-sync scandal in Billboard magazine. She said that

“… it is just another sad example of a no-talent artist who got ahead because she’s good-looking or well-connected… I know for a fact there are some young female artists who don’t even sing on their own records … and that is pathetic.”

Virtually every act that sings the national anthem at the Skydome lip-syncs. I can understand the rationale.

But is it fraud? Is it acceptable practice?

Here is an interesting perspective:

Since when is lip sync-ing a crime? This art of pop pantomime, of mouthing the words to pre-recorded music tracks, has been around since the sixties and seventies, when it was de rigueur on variety TV shows, from Andy Williams’ Christmas specials to “Donny and Marie.” For technical reasons, it was easier for artists to pretend, rather than actually sing.

Nobody noticed, and even if they did, nobody seemed to care, when Deborah Harry or Barry White or Aretha Franklin did it on “Solid Gold” back in the eighties. There was even a syndicated show called “Puttin’ On the Hits,” and lip syncing was an accepted national hobby, sort a pre-Karaoke. But then came Milli Vanilli, and lip synchronization became a couple of dirty words.

Fab and Rob weren’t just guilty of lip syncing, they were guilty of fraud, having sung nary a note on their album “Girl You Know It’s True.” But the stigma stuck, and since then lip syncing is considered a heinous crime, punishable by massive fan backlash.

So now, we have Elton John dissing Madonna for mouthing the words on her “Re-Invention” tour, and bleating, “Anyone who lip-syncs in public on stage when you pay 75 pounds [U.S. $134] to see them should be shot.” Britney Spears won’t admit it, but her manager says she uses a mix of live and pre-taped vocals. Beyonce was blasted after the 2003 MTV Video Music Awards for lip syncing, but she denied it. Even Pavarotti’s longtime manager has said the Italian tenor has occasionally lip-sync’d when his lungs are tired.

All of which brings up a pressing question. 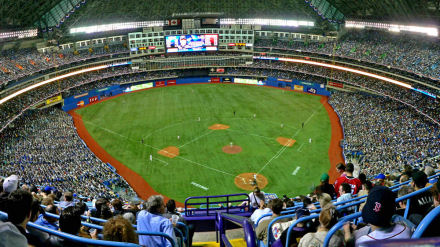 Tracking and MixingA Moment To Remember
Scroll to top