Through a Microsoft insider, I was able to see the actual hardware for the new Windows XBOX. It is nothing like the earlier pictures leaked to the media.

This picture shows the new XBOX running Linux. Nothing new here. Folks have been running Linux on the old XBOX for a while now.

I really like the vintage look and feel of the new XBOX. Perhaps it should be called the XBOX 180? 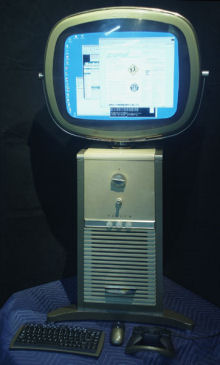