The studio will need a few upgrades over the next year including some work on acoustics as well as the usual fare on equipment.

Terry Medwedyk of Group One Acoustics submitted his report on the control room in my recording studio. Over my vacation in August I will implement some of his recommendations. The good news is that the overall framing is fine. Most of the changes to the control room are fairly minor: change in the design of the rear-wall bass traps and some additional absorption into the rear of the control room. The front wall changes are a bit more challenging in that he wants me to open up the speaker plenums and install absorption on the ceiling over the console bridge. I will likely get some outside help for this part of the renovation.

As far as equipment upgrades go Digidesign has just announced a great promotion called MassivePack 4. This adds an Accel card to the ProTools HD rig as well as a great assortment of software plugins. And, remarkably, I do not own a single one of the plugins that are part of the promotion.

I also will pick up a Big Ben clock and a Rosetta AD/DA converter from Apogee. 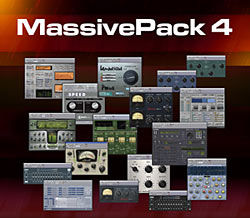 Kurt Browning and BNL
Dimmer
A Ticking Time Bomb
440 Eh?
Only in Canada, eh?
Where Do I Plug This In?
No Cher
Daisy, Daisy
0 replies