The church is part of a campus-type complex, which includes several buildings housing classrooms, a bible college, and worship spaces. The church embarked on a project to create a new sanctuary and decided to construct a recording studio at the same time. The studio is called Crossroads Productions.

The space looks great as you can see below. I’m not aware of any Canadian churches with an integrated recording studio complex. 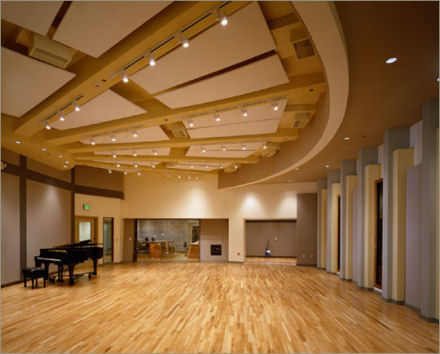