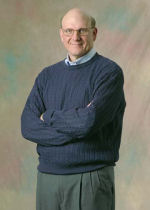 A story has been circulating on an alleged takeover attempt by Microsoft. The story, which originated at this Spanish gaming site, claims that Steve Ballmer, President of Microsoft, was attempting an acquisition of Nintendo. The story claims that 77-year old former Nintendo boss Hiroshi Yamauchi rebuffed Ballmer’s bid for the company using harsh language. The story also claims that Wired Magazine will publish the interview in its February edition.

Both Nintendo and Wired have said that no such interview with Nintendo’s former CEO took place and that no article will be appearing in next month’s issue of the magazine.

I had lunch with Steve Ballmer about eight years back. We were both involved in a media event and we had a chance to talk one on one about Microsoft and the technology industry in general. A very interesting man and he conducted himself with great integrity. I suspect that Hiroshi Yamauchi would act with the same level of maturity and integrity.

I Need A JobSunny Days
Scroll to top