The Gambler was a Don Schlitz song that was recorded by Kenny Rogers in 1978. The record sold tens of millions of copies and won a Grammy for Song of the Year. Larry Butler, who produced this project, won Producer of the Year. The Gambler spawned five made-for-TV movies as well as a mini-series.

I did some work in the studio where The Gambler was recorded. The studio is now called Sound Emporium. In 1978, Kenny Rogers recorded The Gambler in Studio B. Studio B was a small L-shaped tracking room and the control room held a Quad 8 console and an Ampex MM-1000 16-track recorder with JBL 4320 monitors. Today, Studio B hosts a Trident 80-B 32-input/24 buss console, a Mitsubishi X-850 32-track digital recorder and an Otari 90 II 24-track analog recorder. 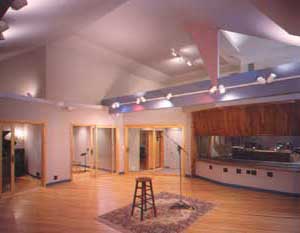 I did not hear from The Gambler again until yesterday when he removed all the money from my bank account. The Gambler had somehow compromised the debit card and withdrew all of the money at the Windsor Casino. Looks like I will have to hold off on any equipment upgrades until the bank replaces the funds.

Discontinue Blogging
Napa Valley
Performancing
Reading List
Use the Force, Luke
Winter Continues
For Next Year
Anyone Can Use It
1 reply