The G5 is an impressive workstation. All around performance is significantly superior to the AMD-based workstation and I have to admit that I quite enjoy the user experience on the Mac.

The only minor hiccup in the whole process was confirming the plugin licenses that I have would transfer over to the G5 without incident. Audio plugins are specialized processors that manipulate sound. They can serve as a substitute for certain classes of audio equipment that you buy and mount on equipment racks. Given that the market for this class of software is somewhat small most of the manufacturers adopt pretty aggressive copy protection measures.

In this case I wanted to move a set of Waves plugins from my old workstation to the G5.

The most common dongle right now is the iLok key. It is a USB device that contains the license status for any software products that you are authorized to use by a particular set of manufacturers. The key is portable in that you can take your authorizations with you.

You need to make sure that the target environment matches to the specific attributes of the software that you are licensed to use.

It took two days with Waves tech support to finally conclude that my license can move to the G5. I just have to run the G5 with two iLok keys. With the Apple HD platform I received a package of new plugs authorized on a new iLok key. Most manufacturers allow you to transfer your license between keys using the services at iLok.

Waves does not allow this.

As it turns out all I had to do was install the Mac version of the Waves plugins and then insert both my old key, which had the original license, and my new key, which contains the licenses for a different set of plugs.

So now I have all my plugs working. My G5 has two ugly aqua green keys. One front and one back. Fortunately the G5 is in a machine room where the keys cannot be seen. 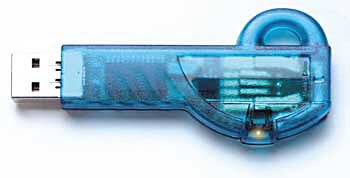 CourageHow To Mix A Hit Record
Scroll to top